The array of handmade delights on offer at Cockpit Arts Open Studios left me too befuddled and incoherent with awe to mumble anything more profound than the odd “mmm, lovely” or “that’s really nice”. I occasionally remembered to take pictures inbetween drooling over crafts (actually, I did see someone literally drool on Katharine Morling’s work), so here are a few of my many, many favourites.

Click on the images for a direct link to the artist’s page.

BeatWoven. These woven patterns are based on pieces of music (see the sound waves?). 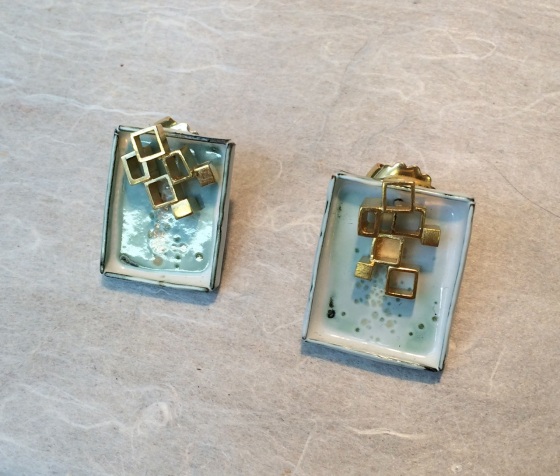 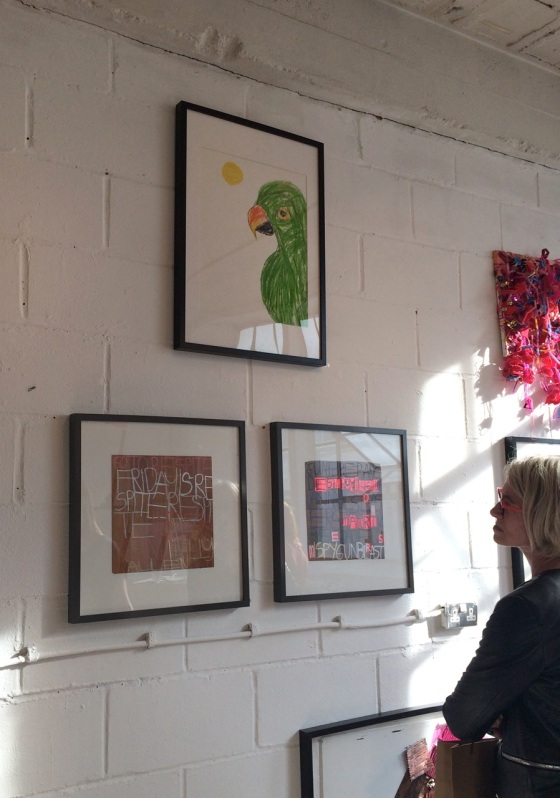 Action Space art, made by artists with learning disabilities

Sophie Manners, who kindly gave us a little weaving lesson on her Harris loom. 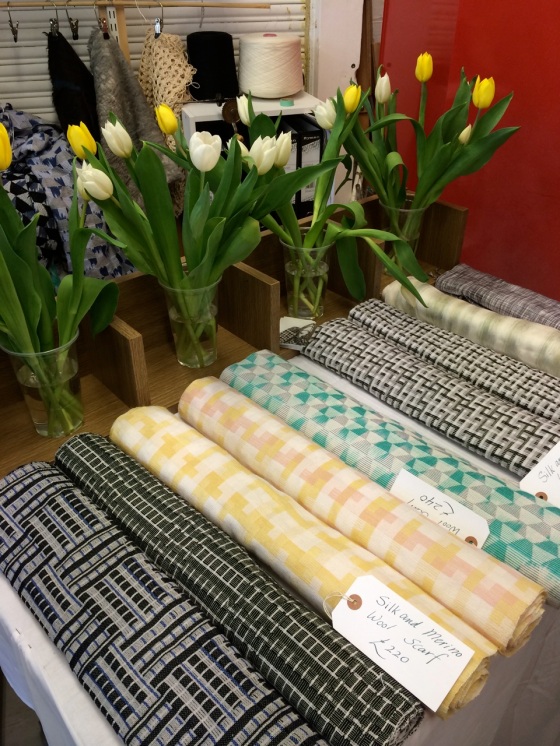 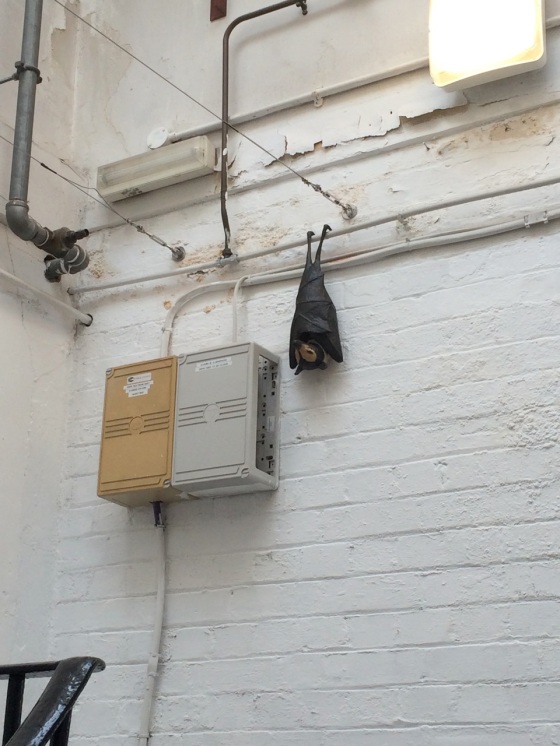 Here’s the second of many posts to come, on places I visited, and hope others will too, in Kiev.

I first found out about the Ivan Gonchar Museum (aka Ukrainian Centre of Folk Culture) on the Folk Costume of Polissya website, which features traditional ensembles from various parts of Ukraine, nearly all of which are from the museum. So, naturally, it was top of my sightseeing list. 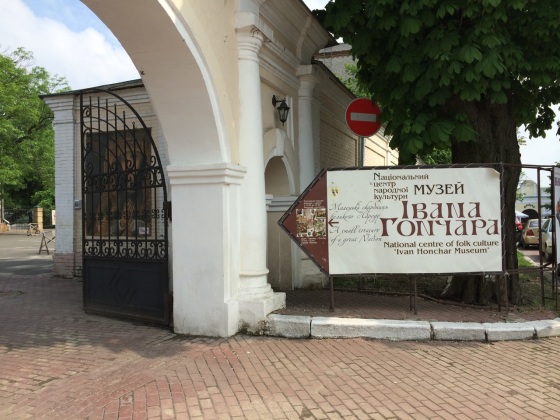 The museum is situated in the eastern part of the city, next door to the famous Pecharsk Lavra monastery site and close to the banks of the Dnieper river. Although small, it houses a varied collection of Ukrainian handicrafts, including pottery, clothing, woven fabrics, paintings, photographs and painted eggs, all informatively labelled in Ukrainian and, helpfully, English. The focus of the collection is to represent items from across the regions Ukraine, rather than give a historical survey. The majority of objects are no older than the nineteenth century, but show the range of styles, colours and patterns traditionally favoured by different regions. 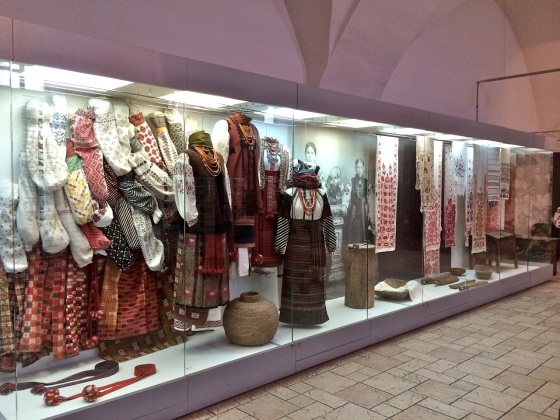 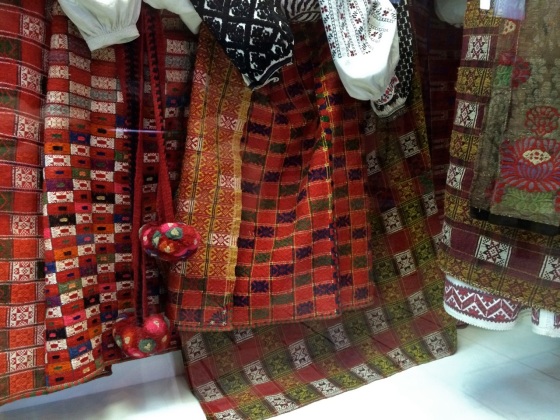 I was, of course, particularly drawn to the costume display, with its exquisitely embroidered linen or hemp full length shirts, worn under multi-coloured hand-woven woolen wrap-skirts tied with sashes. The amount of time that must have been spent making these outfits and all their constituent parts is staggering, and demonstrates the importance and pride placed in their making and wearing.

Woven rug, on which I failed to write down notes – if you visit the museum please let me know and I’ll update the info

The museum also has a display of ‘rushnyk‘ – long strips of cloth traditionally embroidered or woven with symbolic patterns and/or imagery. They still play a part in modern Ukrainian wedding ceremonies, being used to literally tie the bride and groom together at the wrists.

I loved seeing some of the tools of textile-making on display too – these giant wooden prongs are the combs used by weavers to separate threads.

Admittedly, my interest waned after passing the textiles section, so  apologies for the under-representation of the beautiful ceramics and paintings also on display.. 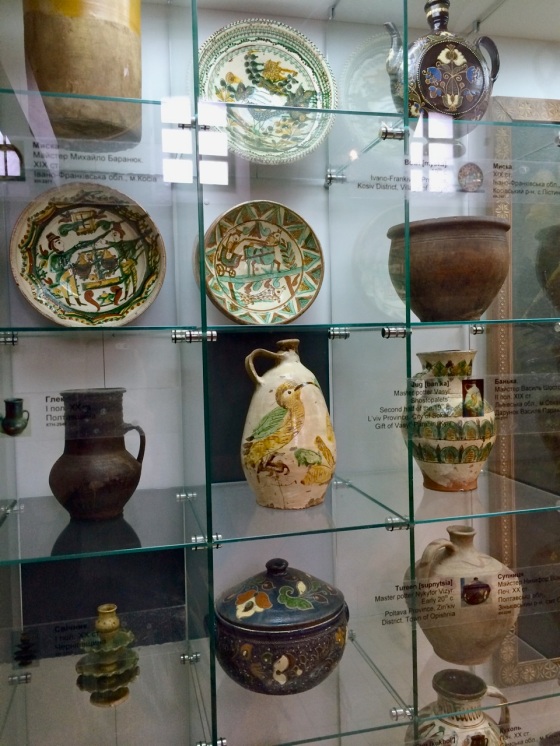 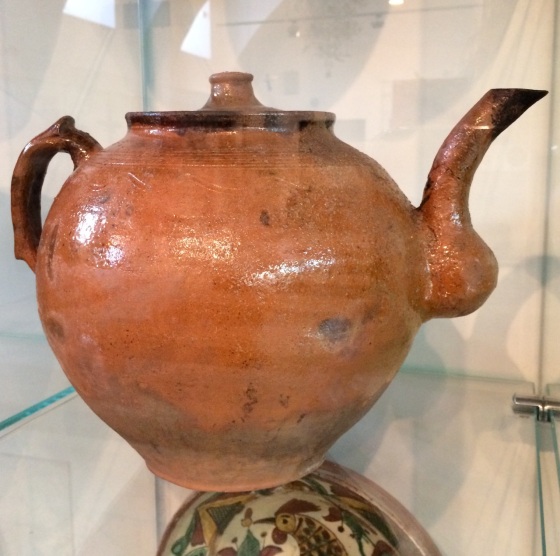 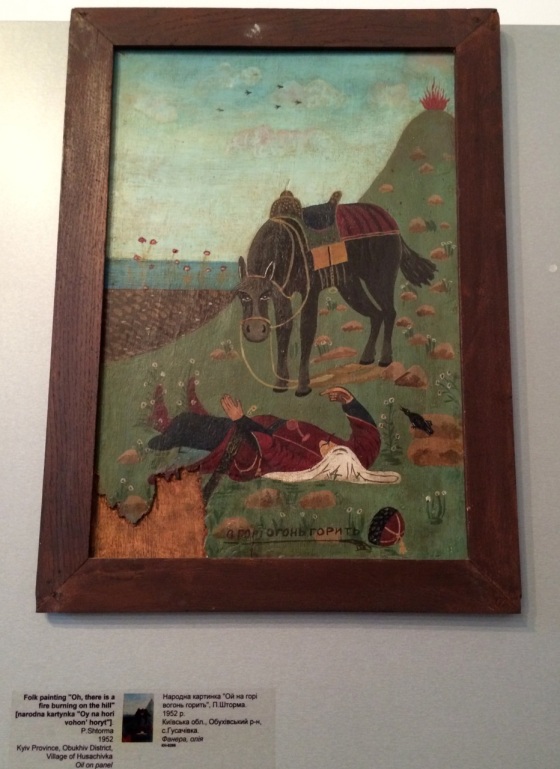 Folk Painting ‘Oh there is a fire burning on the hill’, P. Shtorma, 1952. Kyiv Province, Obukhiv District, village of Husachivka. Oil on panel

Yesterday I chanced across the ‘Wool House’ at Somerset House. The week-long exhibition and series of events set up by the Campaign for Wool is dedicated to all things wooly. During my brief visit I had a spinning lesson with Sheila from Dovecot Studios and bumped into a familiar face from The Handweavers Studio. I’m going back this morning for more, armed with a camera. I’m just so sad to have missed the sheep parade!

The exhibition finishes this Sunday, 24th March. Go to the Wool House‘s or Somerset House‘s website for more details. Catch it before it goes!

Sometimes, there are ridiculously amazing, awesome, incredible things on your doorstep.

And every now and again you discover them.

Today was one of those beautiful days, since I found out about and paid a visit to the Handweavers Studio & Gallery in Finsbury Park, North-East London.

In this colourful Aladdin’s cave of yarn I felt like the proverbial kid in a candy shop, surrounded by shelves full of silk, wool, bamboo, cotton, banana, rayon and linen yarn (to name a few) in a myriad of jewel-like colours. I attempted to satiate my appetite by testing out our new camera and buying a drop spindle and a handful of indigo and saffron-coloured hanks of wool. 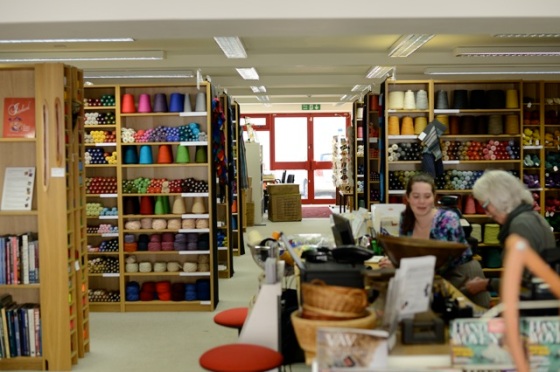 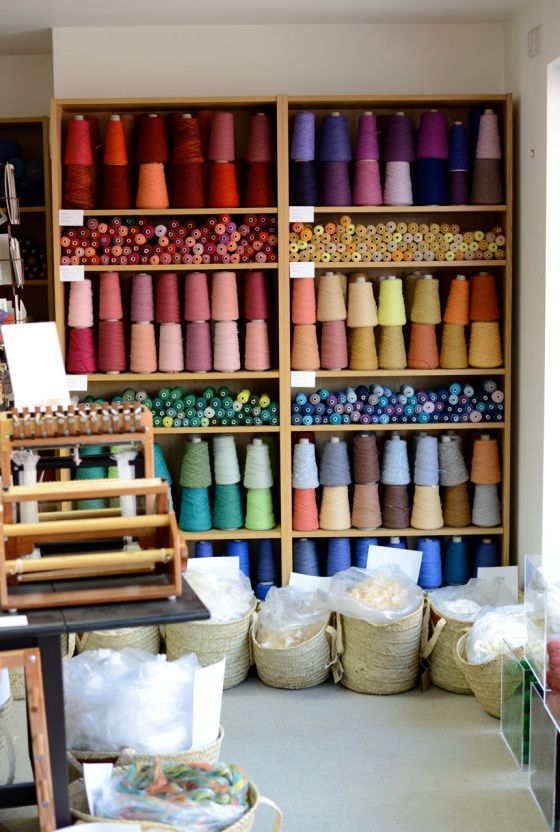 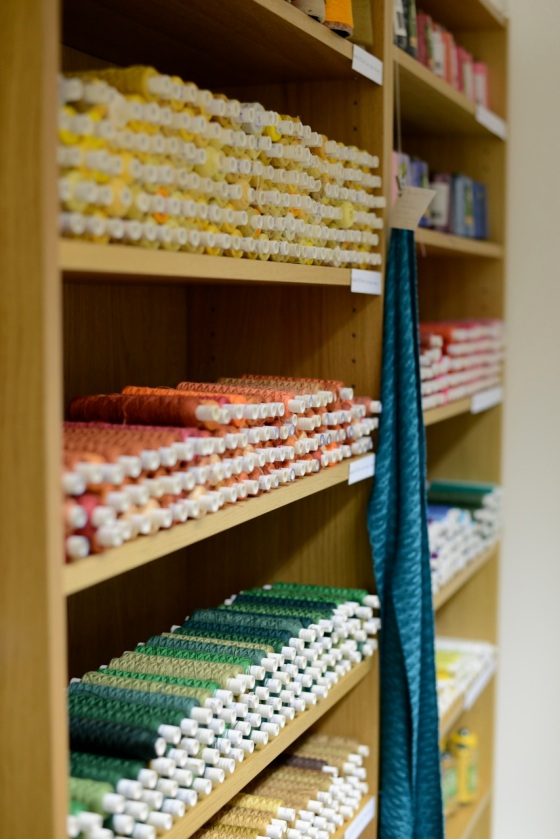 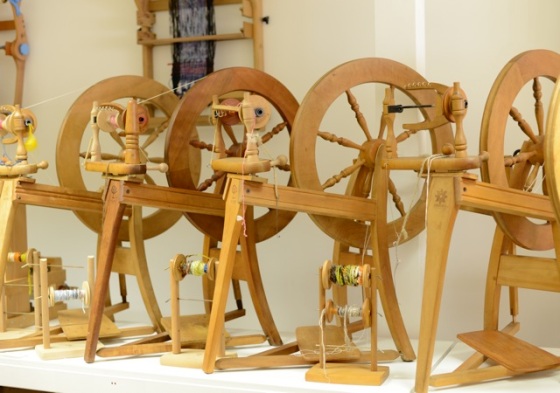 Thankyou to Hilary and Sarah for putting up with my photo-taking!